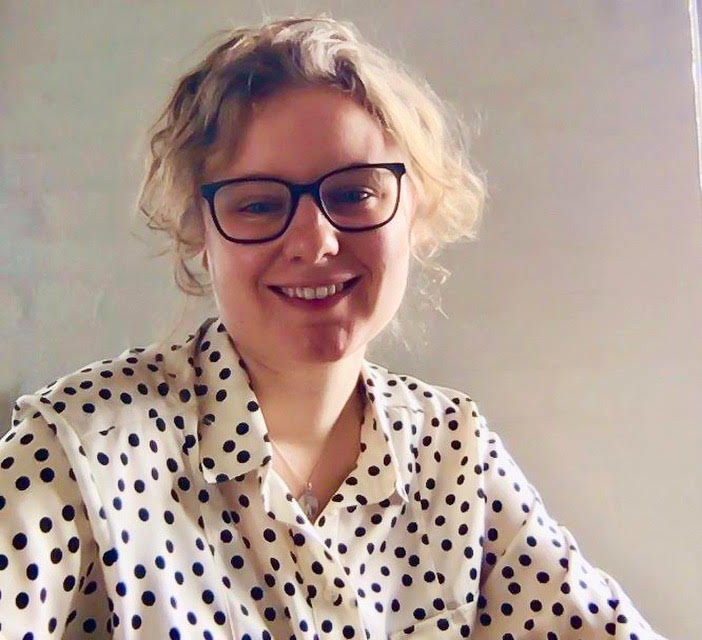 “I have pleasure in announcing that Rachael Gledhill will be joining the parish in September as our second full-time curate. Rachael will be ordained in June but will be on placement until September (over my Sabbatical). Please pray for her as she finishes her studies at Cambridge. I hope to be able to introduce her to the parish in the next couple of months,” says John, vicar of the parish.

I am delighted to be serving St. Barnabas as assistant curate, alongside John and Liz, and to be returning to the Diocese of Southwark. Although I grew up in Lincolnshire, I moved to South London after reading English Literature at Christ Church, Oxford, and enjoyed a very happy couple of years as Pastoral Assistant and Children and Youth Worker at St. Christopher’s, Walworth. I love communities of all kinds and have spent time learning from churches across the Anglican Communion in India, Jordan, Europe, Ghana, and Canada, all of which is helping me finish an MPhil in World Christianities at King’s College, Cambridge. I also enjoy walking, film, and theatre, and spending time with friends and family. I’m really looking forward to meeting you all soon, and in the meantime, please be assured of my prayers as I prepare to join you at St. Barnabas in September. 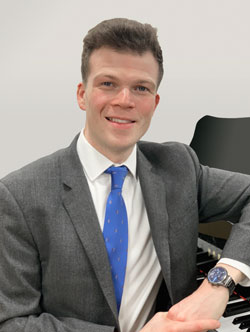 St Barnabas with Christ’s Chapel is very happy to announce the appointment of Christopher Woodward as our new Director of Music, starting in August 2020. Christopher says, “I am both delighted and privileged to be joining St Barnabas and Christ’s Chapel, Dulwich from August 2020 as Director of Music. It is clear that the parish values music very highly and the commitment and dedication of its choir and musicians is something that hugely inspires me. I look forward to building on the extraordinary legacy of music at St Barnabas and I am excited to lead music in – and become a part of – a thriving church community.”

Christopher is currently Director of Music at both Newton Prep (an independent, co-educational school in Battersea for 640 children) and All Saints’ Church, Putney Common. Christopher joined All Saints’ as Organist and Assistant Director of Music in 2014 where he worked closely with Patrick Allies for four years. Upon arriving at All Saints’, Christopher immediately recognised the potential for children’s music within the parish and founded a children’s choir – ‘Treblemakers’ – which now attracts some forty children each week from a range of schools across Putney. He has directed the choir in a number of works, including Benjamin Britten’s ‘St Nicolas’ and ‘A Ceremony of Carols’. ‘Treblemakers’ have also sung evensong at Southwark Cathedral, raised significant sums for Christian Aid through choir gala concerts and contributed to a CD of Christmas music – ‘Rejoice and be merry’ – in 2017.

In September 2018, Christopher was appointed Director of Music at All Saints’ where he now directs the church’s fine adult chamber choir, a team of choral scholars and the children’s choir. In addition to the round of choral services at All Saints’, the adult choir has visited cathedrals to sing evensong and participated in a number of ‘Community in Music’ projects in Putney. In 2018, Christopher established a Christmas Concert as a key highlight of the musical year. The two choirs combined with a professional orchestra for a performance in 2018 of ‘The Manchester Carols’ and in 2019 Vaughan Williams’, ‘The First Nowell’. Following the success of Putney ‘Treblemakers’, he formed ‘Putney Youth Choir’ for singers across the church community in Years 7-10.

Church music has always been a key part of Christopher’s life, having been at The King’s (The Cathedral) School, Peterborough from 2003 and Organ Scholar of Blackburn Cathedral in 2010. Following this, Christopher was for three years Organ Scholar at King’s College London working under the direction of the renowned and now sadly departed David Trendell. Whilst at King’s, Christopher also studied the organ at The Royal Academy of Music under the tuition of Clive Driskill-Smith; his previous teachers include Andrew Reid, Darius Battiwalla and Richard Hills. Christopher is an Associate of The Royal College of Organists and currently studies conducting with Neil Ferris.

He was the principal accompanist for the Chapel Choir of King’s – one of the finest mixed collegiate choirs in the country and, during his time there, he played for several BBC Radio 3 Live Broadcasts, accompanied the choir on international tours and played the organ on a CD of French Romantic choral music. Alongside this, he has worked at several major London churches; he spent two years as Organ Scholar at St Mary’s, Bourne Street – a church in the heart of south-west London, well-known for the high quality of its organ, choir and liturgy.

Christopher is passionate about inspiring children with a life-long love of music and the joy of singing. He was privileged to begin his teaching career at Christ the Saviour, Ealing (London’s largest C of E primary school) where he taught for three years and also played a key role in the musical life of the school, working with the choir at the weekly school mass. Christopher now heads a large department at Newton Prep where he has transformed the role of music within the school. Over one third of children now sing in some form of choir each week and the number of children learning an orchestral instrument has increased by almost 50% under his lead.

John Watson, vicar of the parish, says, “I am so very delighted that Chris has accepted the invitation to be our next Director of Music here at St Barnabas with Christ’s Chapel. He comes with significant experience, talent and energy to continue what has been so lovingly built up over the previous years. I am very confident we will see further growth and joy in our worship when Chris joins us in August.”

Dan Collins, the interim Director of Music, will be extending his time with the parish in order to stay until Christopher takes up the role in August.