The College of God’s Gift

Christ’s Chapel was consecrated in 1616 by George Abbot, Archbishop of Canterbury, as the centre of Alleyn’s College in Dulwich. The Elizabethan actor Edward Alleyn built his College of God’s Gift (comprising chapel, school and almshouses) on Dulwich Green as an act of thanksgiving to God for his talents as an actor and his ability in business. Since then it has been in use continually as a place of worship for the local inhabitants and for the Dulwich Schools of the Foundation.

By the late 19th century the local population was outgrowing the space available in the Chapel and the Bishop of Rochester asked Canon Howard Nixon, Vicar of Kingston-upon-Thames to found an additional church in the then parish of Camberwell. This led to the consecration of the church of St Barnabas in 1893, and eventually the establishment of a new parish of St Barnabas, with two churches, Christ’s Chapel and St Barnabas. The strength of the founding principles of Edward Alleyn were further seen when, in 1957, a decision was taken that the Vicar of the parish should also be the Foundation Chaplain.

History of the Organ

The organ, built by George England in 1759 and thought to be the oldest surviving example of this famous organ-builder’s work, has been fully restored and was rededicated on 27 September 2009. If you would like more information, a book describing the history of the organ and its recent reconstruction has been published by the Chapel Organist, Marilyn Harper and the St Barnabas Director of Music and project consultant, Dr William McVicker. Copies are obtainable at a cost of £5 each from the St Barnabas Parish Office. Please apply by email or telephone. The address and telephone number are on this page. 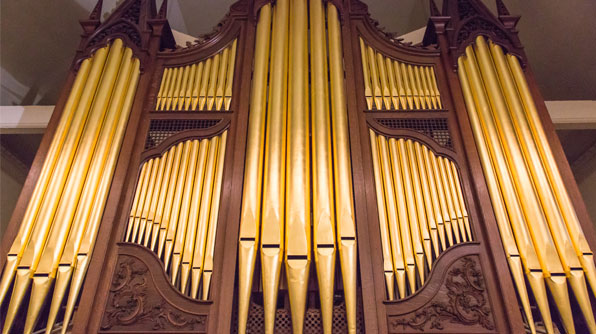 The organ was rededicated during a special service of Choral Evensong on 27th September 2009, after which a celebratory recital was given by Margaret Phillips. This followed a masterly reconstruction and refurbishment of the instrument by William Drake of Buckfastleigh. The Chapel possesses one of the finest organs of that era in the country. 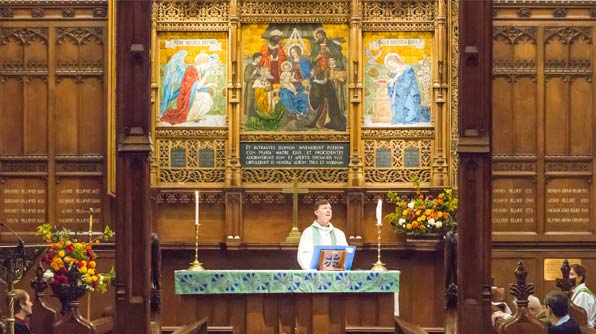 Although the original design round three sides of a quadrangle remains, both the interior and exterior of the building have been considerably altered over the years. Severe bomb damage during the Second World War necessitated major rebuilding of the main roof structure and other parts of the building. Some reordering was carried out in 1976. The copy of Raphael’s Transfiguration which hangs on the north wall, thought to have been painted by one of his assistants, has been cleaned by Richard Pelter at the International Fine Arts Conservation Studio in Bristol, courtesy of Dulwich Picture Gallery. A service of thanksgiving and celebration was held on Sunday 5 March 2000 to mark the reopening of Christ’s chapel of Alleyn’s College of God’s Gift following major refurbishment. The service was led by the then Vicar and Foundation Chaplain, the Reverend Dianna Gwilliams. A combined choir from Christ’s Chapel and St. Barnabas Church was directed by John Carnelley and the organist was William McVicker. A packed congregation represented regular worshippers from both the chapel and the church.