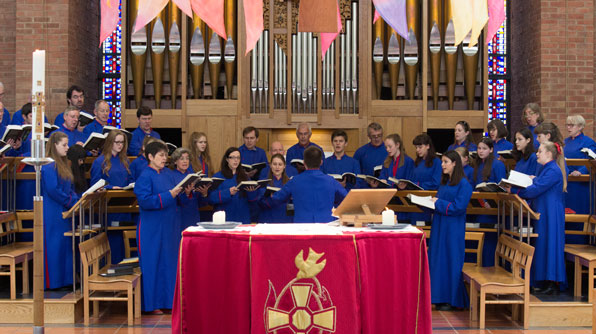 The Chapel is a place of beauty and is a wonderful setting for the use of the Book of Common Prayer which we use for all regular worship. It is a vital piece of Dulwich and London heritage, and its history is described more fully on a separate page. Also it offers great scope for social and educational activities and there is an established programme of Chapel Events. The Chapel is open to visitors every Tuesday afternoon from 1.30 to 3.30pm via Dulwich Picture Gallery.

Christ’s Chapel was consecrated in 1616 by George Abbot, Archbishop of Canterbury, as part of the Dulwich College foundation. The Elizabethan actor Edward Alleyn built his College of God’s Gift on Dulwich Green as an act of thanksgiving to God for his talents as an actor and his ability in business. Since then it has been in use continually as a spiritual focus for the almshouses and three Dulwich Schools of the Foundation: Dulwich College, James Allen’s Girls’ School and Alleyn’s School. You can read more about the history of Christ’s Chapel. 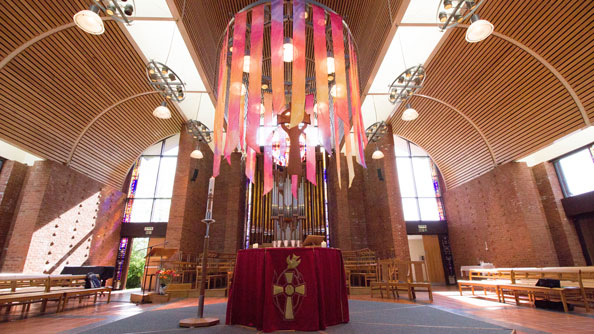 The Chapel Organ was built in 1760 by George England, replacing the first pair of organs ‘for ue chapell off mr.Gibbs of powles’ of 1618. It is said that the Dulwich organ was damaged during the Civil War; in 1669 it is likely that George Dallam completed repair work which may have included additions to the organ. George England’s organ replaced this one. Between 1760 and the present day, additional work was done by Lewis of Brixton in 1880, by Norman and Beard in 1908. It was cared for and added to by Arthur Coombs, an Alleyn’s Old Boy in the 1940’s. In 1969, Mander Organ Builders made further modifications to the organ. Changes in fashion during the twentieth century led to the organ’s original tonal design to be changed almost beyond recognition, yet its famous cornet stop, reputed to be the oldest extant in the country, remained in place. It also has a fine Gothic case.