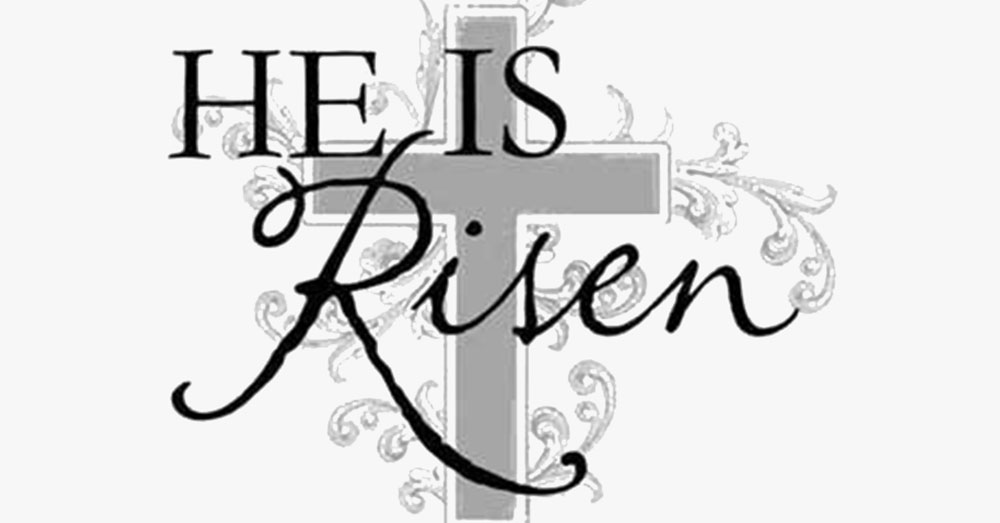 Happy Easter! We celebrate Jesus rising again with two gloriously joyous pieces of music, with one very special change to previous music lists (at the end of the page, for those who want to get there without reading my notes first!!).

Norman Caplin was an extremely talented organist and

composer, and a great musical influence of mine. For many years he was the Assistant Director of Music at All Saints, Margaret Street, where I got to know him well. He joined the choir shortly after the closure of the choir school, and along with first Dr. Eric Arnold, and later Dr. Harry Bramma, helped create the mixed-voice choral powerhouse that the church possesses today. By the time I got to know him his organ playing days were over, but his pen was as sharp as ever. He had a cheeky sense of humour too; one of the solos in the mass was written for a good friend of mine who specifically asked him to not use any 4ths. Norman produced a solo full of them, and when questioned he simply replied, with a smile and a twinkle in his eye, “Oh. I thought you said you wanted lots of 4ths. Oops”.

Norman wrote many pieces for the choir at All Saints, notably his Missa Omnium Sanctorum, which is one of my favourite mass settings.

Norman has a very individual style. He writes melodies which are frequently based on leaps of a 4th, and incredibly chromatic harmonies which often shift by 3rds. The ‘Gloria‘ from the mass is one of the most exciting pieces I have ever had the privilege of singing. The opening section is a lively dance, the soprano and alto parts duetting with the tenors and basses, switching frequently between 3/4 and 6/8 time. For the more peaceful parts of the opening text he writes with extremely lyrical vocal writing, allowing the singers to really sing into the music before going off to dance again. The build-up to the top A at “God the Father almighty” is exhilarating, and is characterised by one of Norman’s favourite devices: holding the tempo back at the biggest moment to give the music a feeling of real breadth.

The second section of the music transforms into a reverent and worshipful prayer (“Lord Jesus Christ…you take away the sins of the world“), one which is strongly influenced by jazz. The dancing rhythms of the first section are still there, but at the slower tempo now feel much more chilled. Norman’s writing here creates a feeling of adoration. The dance, however, doesn’t stay away for long: with a stirring accelerando from the tempo maestoso of the slower section we arrive at the opening tempo with some fantastically joyous fugal writing. Norman differentiates between “cum sancto spiritu in gloria” and “in gloria dei patris” using a similar device to one he used at the start: the tenors and basses have the dance rhythm, and the sopranos and alto have long, lyrical phrases, emphasising the constantly rising harmony underneath. The piece ends with another of Norman’s musical pull-backs, the final Amen a blaze of light.

It’s relatively rare to have a fully-fledged Italian opera chorus as an anthem, but this one fits Easter Day perfectly. The Easter Hymn, or Regina Coeli, comes from his 1890 opera Cavalleria Rusticana (“rustic chivalry”), the first major Italian opera whose subject is the lives of real people. Italian opera until this point had largely focused on kings, queens, gods, and mythological creatures. In writing Cavalleria, Mascagni ushered in the great operatic tradition of what is now known as Verismo (“realism”), a tradition which would go on to number composers such as Massenet, Leoncavallo, and Puccini among its ranks.

The opera itself is based around a small village in Italy on Easter morning. The church is of course at the centre, both of the story and often of the set too. Very little happens to the story itself during the Easter Hymn – before the service the characters, and their narratives, are introduced, and nothing of note happens until after the service. The service itself represents the importance of religion to the community, both as a backdrop to the plot and as a commentary on Italian society itself.

The Easter Hymn appears out of nothing. All the audience hears is an organ playing from a nearby church. An unaccompanied choir then begin to sing the start of the service (“Regina coeli“) from within the church, with other voices in the church responding “Alleluia“. Waiting outside the church are a chorus of villagers, who then take up a version of the versicle and response to the prayer, in Italian (“Rejoice, for the Lord has arisen“). The organ then resumes, continuing the liturgy which we cannot see, until Santuzza, the main character (who has not allowed herself to enter the church due to her transgressions), begins to sing a beautiful and heartfelt prayer to God. This prayer is picked up by the rest of the cast, and turns into a show-stopping chorus.

Musically, Mascagni builds the chorus out of consistently rising phrases, evoking imagery of Jesus rising from the dead. The peacefulness of the opening is, for me, the quiet of the garden outside the tomb before the arrival of Mary Magdalene. The Regina Coeli is a commentary on Mary’s arrival at the garden (“Joy to thee, O queen of heaven“), and the escalating harmonic build which characterises the rest of the chorus is the joy which first Mary, then her companion, then the other disciples feel as they find out. By the time the chorus has reached its climax, it feels like the whole world is celebrating.

And now, here’s the change. The Mascagni was due to be performed by the choir at this morning’s Eucharist, so I asked them all to record their own parts at home and send them in. Peter Harris, father of Holly in our choir, has very kindly stitched everything together for us, along with Riccardo’s accompaniment (made on the St. Barnabas organ before lockdown). It’s a fantastic achievement, especially given that we hadn’t finished learning it before choir paused. So here it is, performed by our very own choir from the comfort of their own living rooms: Click here.

(Two of our choristers player major roles in this – Joe singing the alleluias at the start and Izzie singing the role of Santuzza beautifully).

Many, many thanks to all who took part in this and made it happen. And a Happy Easter to you all!