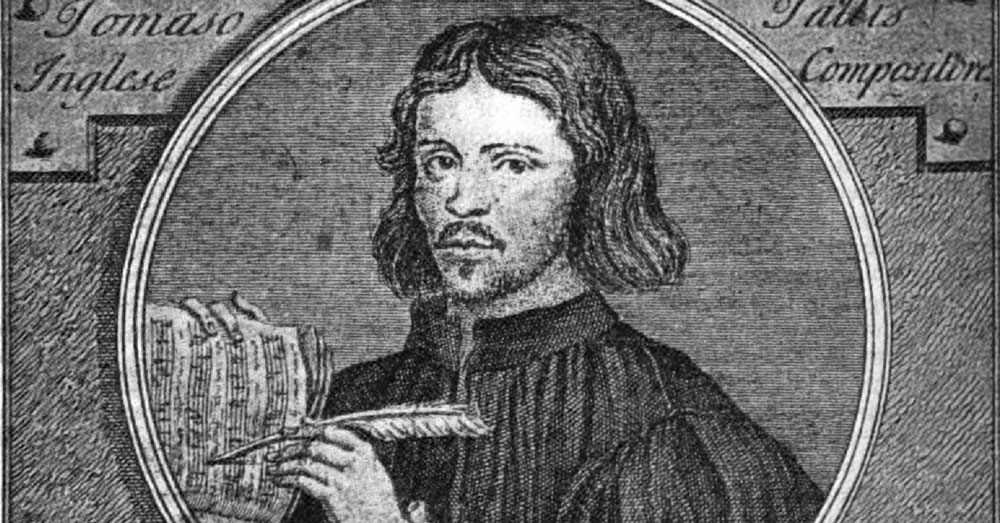 For this Sunday’s musical offering we return to the world of Tudor England, and to one of its most famous sons, Thomas Tallis.

Thomas Tallis is one of England’s most successful composers. He began his career as a jobbing organist, a career which took

him from Dover Priory, in Kent, to St. Mary-at-Hill, near the Tower of London, to Waltham Abbey in Essex, where he remained until its dissolution under Henry VIII. His next work was as a singer, firstly in Canterbury Cathedral, and then as a Gentleman of the Chapel Royal, where he sang, played the organ, and began composing seriously for the first time in service of the King (as a point of interest, the dissolution of the monasteries actually gave rise to more opportunities for choral music – many of the monasteries were turned into secular cathedrals, and given the money to run a professional choir on a scale which wouldn’t have been possible before. Roughly half of the cathedrals of the time [Ely, Durham, Canterbury, Bath, Winchester, Worcester to name a few] were originally Benedictine priories). Being appointed a Gentleman of the Chapel Royal was at the time the highest one could rise in a musical career, and his appointment laid the foundations for him to receive the support he would need to compose.

Tallis, along with his friend, pupil, and colleague William Byrd, were supported by the monarchs whom they served, sometimes in spite of their unwillingness to turn from their Catholic faith (Byrd himself was fined on many occasions for being a recusant). Tallis’s standing within the Chapel Royal led Queen Mary to gift him a lease on a manor in Kent, giving him a substantial income, and Queen Elizabeth famously, in 1575, granted both Byrd and Tallis a 21-year monopoly on printing polyphonic music (which they used, at the Queen’s request, to publish Cantiones Sacrae, a collection of 17 Latin works from each composer to celebrate 17 years of Elizabeth’s reign). The publication was effectively produced to show off the richness of the Tudor musical world to other countries.

The fact that all the music was written in Latin (in the more Catholic style – long, flowing, melismatic lines and polyphonic writing) caused some consternation. The society of the time was predominantly Protestant, and Catholics were often driven underground to find their worship. The major musical divide was caused by clarity of text: the Protestants argued that melismatic music meant the text couldn’t be heard at all, especially if it were in Latin, and was therefore a distraction to worship. Music such as his famous setting of the Lamentations of Jeremiah were thus likely to have been written for private performance – the final Jerusalem, return unto the Lord thy God could be seen as a social and political commentary as much as a religious one. The Queen’s showing off went against the Protestantism she was promoting.

Tallis was, perhaps more than Byrd, a master of changing his own style to suit the times. The versatility he shows as a composer is unparalleled: His 40 part, Latin, motet Spem in Alium is one of the great settings of all time, and his beautiful “Suscipe Quaeso Domine” (Accept, I beseech thee o Lord, a seven-voice anthem which also, centuries later, inspired a male-voice polyphonic quartet called The Suspicious Cheese Lords) is a masterclass in how to write flowing polyphony. When he needed to write Protestant, English music (where the text was the sole focus) he was a master of that too: the beauty of his English anthems lie in the small harmonic details and the hints of dance rhythms.

One of his finest English anthems is, of course, If ye love me. It is the perfect example of what was required for composers writing for a Protestant monarch – absolute clarity of text above all else. It still contains beautiful flowing polyphonic lines, but lines which always join together for the important text (for example, when the voices sing that he may bide with you forever, they join together for the last four words, arguably the most important words of that sentence). The music itself is brought to life by the subtle use of triples (looking at the soprano part: If ye love me, keep my commandments, and I will pray the father – the triples are in bold. Count in 3, rather than 4, when you reach those words in the video and you’ll see!), and just a hint of the beautiful, flowing melodic writing for which Tallis is famous. For me, the simplicity of the work is the most moving thing: the music is almost like incense, lifting the words of the prayer to God.

Here is John Rutter with the Cambridge Singers: Click Here

If ye love me, keep my commandments,

and I will pray the Father,

and he shall give you another comforter,

that he may bide with you forever,

even the spirit of truth.