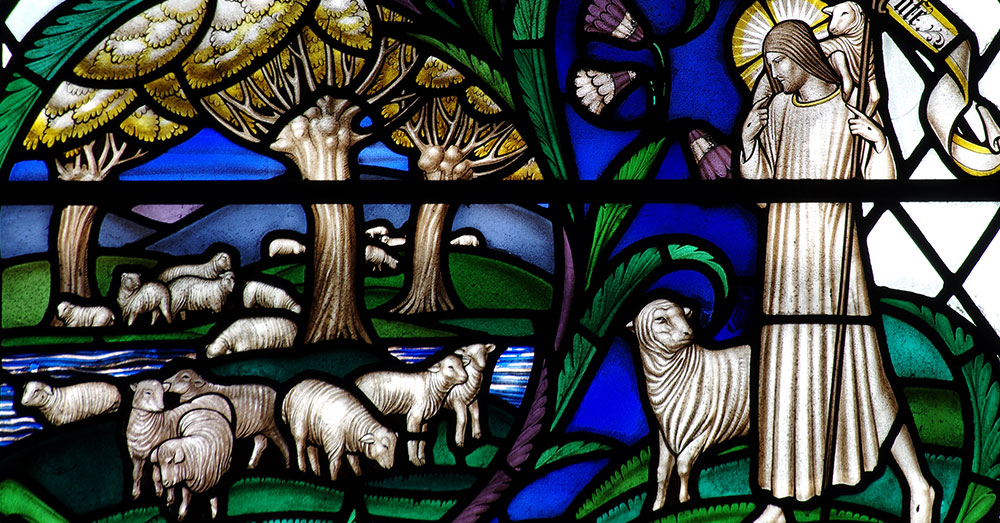 For this Sunday’s anthem we travel to northern France, to a composer who is often overlooked in favour of the two musical giants of his era, Josquin and Palestrina.

L’Heritier was born in northern France, in the Pas-de-Calais, in the late 15th century. Little is known about his upbringing, aside from him being a pupil of the famous composer Josquin

des Prez. In 1506 he uprooted and moved to Italy, to Ferrara: he may have moved there because of a connection to another French composer, Antoine Brumel, who had taken up the post of choirmaster to the Duke of the time, Alfonso I d’Este. All future records of him are from Italy: he worked for both Pope Leo X and the French church in Rome, the Gonzaga family of Mantua, and for the Bishop of Verona.

L’Heritier musical influence stretches far and wide. He is recognised as being one of the composers who linked the styles of Josquin and Palestrina. One can see the change in his works as time went on: from the slightly rougher style of Josquin, with his large vocal ranges and more improvisatory style of counterpoint, to the smoother style we recognise as that of Palestrina, with more evenly spaced imitation, equality of voices, and a sense of linear melodic writing. It was partly due to his influence that a European style of sacred music was formed (previously there had been two main styles – the polyphonic Flemish school and the more homophonic, cantus firmus based style of western Europe. Manuscripts of his have been found throughout Europe, which shows the degree of influence he had.

Surrexit Pastor Bonus was found, by the late David Trendell, in a manuscript belonging to the Julian Chapel choir of the Vatican. The manuscript itself is dated 1536 and bears the coat of arms of Pope Paul III. The music is relatively unusual as an Eastertide motet, as it is not exuberant and celebratory, but a more reflective and humble setting of the text. The open fifths at the start, leading into a modal key of A minor with F sharps, create a feeling of quiet wonder which stays throughout the work (I feel that this piece, although not written for Easter morning, would suit the sense of wonder which Mary would have felt on finding the open tomb). The style contains elements of both Josquin and Palestrina: the counterpoint is lyrical, and the parts imitate each other at regular intervals, but when all six voices are singing it becomes a sumptuous wall of sound. At several points L’Heritier changes the texture by having the upper and lower voices imitate each other. This gives a feeling of intimacy to the music, but also a sense of grandeur when all the voices come back in, particularly for the Alleluias (which themselves have a very ‘heads-bowed’ feeling to them).

My favourite moment in the work is at “et enim pascha nostrum immolatus est Christus” (“and for our passover Christ was sacrificed for us”) – at “Christus” the music drops to the lower voices, and the altos have a poignant suspension on an F#, having sung F naturals in the previous bar. The sudden shift of tonality from a warm C major feels pleading, almost desperate, an acknowledgement of the suffering which Jesus had to endure for us.

The good shepherd has arisen,
who laid down his life for his sheep,
and for his flock deigned to die, alleluia,
and for our passover Christ was sacrificed for us, alleluia.